EMV. Chip and Pin. What You Need To Know.

The term EMV describes the interoperability between a new type of payment card technology and the payment terminals needed to process its use. This new type of payment card effectively describes chip-enabled credit & debit cards, or “smart cards” embedded with microchips capable of interacting with point-of-sale or ATM devices in a contact-based or contactless format. So, we’re talking about the cards, the hardware, and their interaction.

While available in a variety of formats, most EMV smart cards will feature chip + PIN validation. This means to complete a transaction, an EMV card must have an authenticated chip, which can only be produced by the card’s manufacturer, and a valid pin assigned by the cardholder. This dual-layered authentication reduces the possibility of fraud by theft or loss of card or personal data significantly. In addition, advanced encryption, signature, and biometric security enhancements are already available in certain markets.

Global card fraud has risen incessantly over the past three decades, rising over 600 % in a seventeen-year period covering 1993-2010. The recent credit card breaches at leading retailers Target and Neiman Marcus, as well as the Marriott and Sheraton hotel chains, have recently brought the issue under public scrutiny again. Over $6 billion in fraud-based losses worldwide were reported in 2010, and a staggering 47% of those occurred within or to US-based account holders. Financial & credit institutions have taken a major step to combat this trend with the global implementation of EMV, payments, and processing standard that has been adopted in most developed countries outside of the US that looks to change the face of US-based retail after 2015.

A major fault for the amount of card-based fraud lies within inherent weaknesses present in the magnetic strip-based (or magstripe) cards prevalent throughout the US today. It’s relatively easy for thieves to create counterfeit magstripe cards encrypted with stolen data. While it may take a decade or so for magstripe cards to be fully phased out, magstriped smart cards represent the future of credit and debit card commerce in the US.

EMV Within The Global Context

In a global context, the US represents one of the latest adopters of EMV technology among developed countries. Adoption figures on the following continents are surprisingly healthy, with 40-90% of card terminals on each continent accepting EMV. These continents include: Latin America/Caribbean/Canada (77%), Asia Pacific (43%), Africa/Middle East (60%), Europe Zone 1 (90%), Europe Zone 2 (65%). There are currently over 1.2 billion active smart cards in these areas, accounting for 40% of their cumulative population.

Each of these areas has embraced EMV technology swiftly through a broad combination of financial institution initiatives, fraud prevention programs, and government mandates. In the US, the Federal Reserve Board has decided to let the payments industry take the lead in driving US smart card adoption. To encourage similar progress in the US as in other countries, the payments industry is utilizing a different approach.

US Markets And The Liability Shift

The EMV standard is managed by EMVCo, LLC, equally owned by Mastercard®, Visa®, American Express®, and JCB®. To spark adoption, Mastercard and Visa have announced an impending liability shift from card issuers to merchants for non-EMV enabled terminals, which is critical news for US retailers. After the cutoff dates are set, Mastercard & Visa will no longer assume liability for fraud cases on non-chip-enabled terminals. Mastercard’s qualifying date was April 19, 2013, and Visa’s qualifying date is October 1, 2015. Visa’s Technology Innovation Program (TIP) also promises to eliminate the need for merchants to validate their PCI compliance in any year in which 75% percent of merchant transactions originate from chip-enabled terminals. However, this benefit will only apply to terminals that support contact and contactless chip acceptance.

Most POS software providers are looking at how they can permanently take themselves “out of scope”, passing the privacy and encryption responsibilities to “payment/processor gateways” and/or hardware solutions.

Preparing Your Business for EMV

First, recognize that there will be additional investments on the part of retailers and anyone using card payment technologies. IMS anticipates most, but not all of that investment coming in the form of hardware and supporting capabilities. Retail Pro® recently announced a partnership with Merchant Warehouse® (MW), a leading payment technology innovator, where Retail Pro® will introduce MW’s Genius™ Engagement Platform, a powerful smart card-enabled payments platform to its customers in North America this year.

The Genius™ Engagement Platform will accept any payment type, and can even evolve to accept yet-to-be-developed forms of payment. As a contactless EMV platform, retailers using the Genius platform qualify for the elimination of PCI compliance, in accordance with Visa’s TIP program.

Contact IMS to discuss how to gain early positioning on what is sure to be a packed house of retailers looking to meet Visa’s new compliance guidelines by the October 1, 2015 deadline. 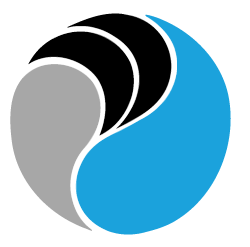 IMS is a technology services company that has been serving the Retail Industry for over 25 years. While we specialize in serving small/medium businesses, we have also completed projects on some of the world’s biggest stages. We help businesses efficiently manage operations by improving processes, implementing unique and comprehensive integrations, and providing additional sources of data intelligence. We believe that by providing businesses with the tools, technology and insights needed to gather and analyze their data more effectively, we can help them create a competitive advantage.